Why is there an urgent need for water conservation in India? 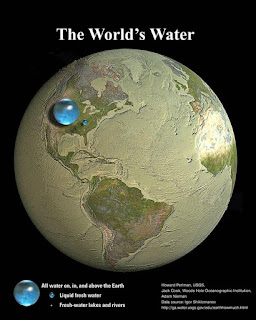 Let's go back to our school days, where we have learnt that water is an essential element of life and there are the only 97% seawater and 3% fresh water available on earth.

Out of 3%, only less than 1% is available for us and rest are locked up in glaciers, polar ice caps, atmosphere, and soil.
So one thing is quite clear that we have a finite water resource available with us, and we have to manage and use it wisely to meet our water demand in various sectors.
Talking about freshwater in India, here are some facts that we all must know:

India withdraws the Highest amount of freshwater in the world.

India is a groundwater economy. At 260 cubic km per year, our country is the highest user of groundwater in the world—we use 25% of all groundwater extracted globally, ahead of the US and China.

When it comes to the utilization of water, India is not a water-efficient nation. To understand this better, let's have an apple to apple comparison between India and China.
But still, China uses 20% less freshwater than India. So, what does this mean?
This means that we are not using water efficiently and hence wasting a lot, which may have negative consequences on our future and we are already in the middle of the crisis.
According to the report from Niti Aayog, 21 major Indian cities in India will run out of water in 2020.

As per the world resource institute, 54% of the Indian population is already living under high to extremely high water stress. 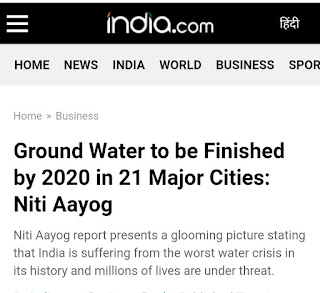 Last year we have already seen the water crisis in Chennai. Now It can be Bangalore, Hyderabad or New Delhi as the groundwater level is declining in these cities at much higher rates.
Therefore, the situation is alarming and this may be a wake-up call for all of us. We need to take water conservation measures from now until it's too late.
Water Conservation

Each year, 22 May is celebrated as world biodiversity day. Biodiversity holds ecological and economic significance. It provides us with nourishment, housing, fuel, clothing and several other resources. It also extracts monetary benefits through tourism.  India is one of the recognized mega-diverse countries in the world. Here are the 7 amazing facts that you must know about the biodiversity of India.
Read more