- May 21, 2020
Each year, 22 May is celebrated as world biodiversity day. Biodiversity holds ecological and economic significance. It provides us with nourishment, housing, fuel, clothing and several other resources. It also extracts monetary benefits through tourism.
India is one of the recognized mega-diverse countries in the world. Here are the 7 amazing facts that you must know about the biodiversity of India.

The four biodiversity hotspots in India - the Western Ghats, the Himalayas, Andaman& Nicobar Islands (part of The Sundalands), and the Indo-Burma region. (Source: bsienvis) 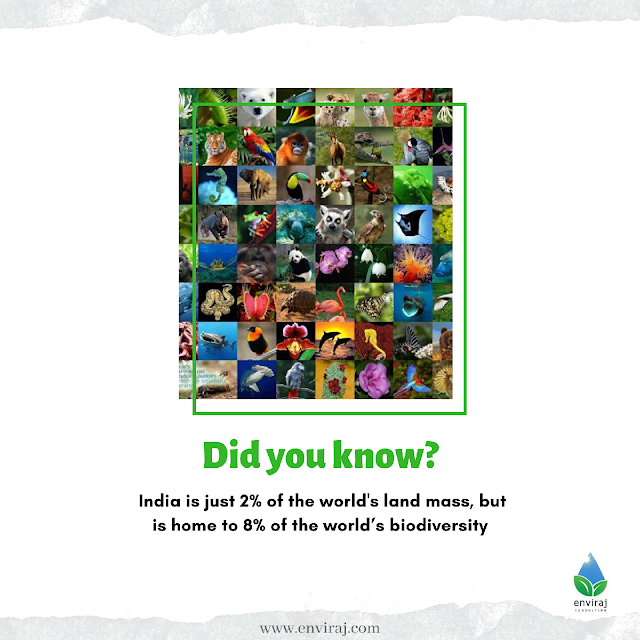 With only 2.4 % of the earth’s land area, India accounts for 7-8 % of the world’s recorded species. India’s management of its natural resources is crucial to protecting global biodiversity. (Source: undp) 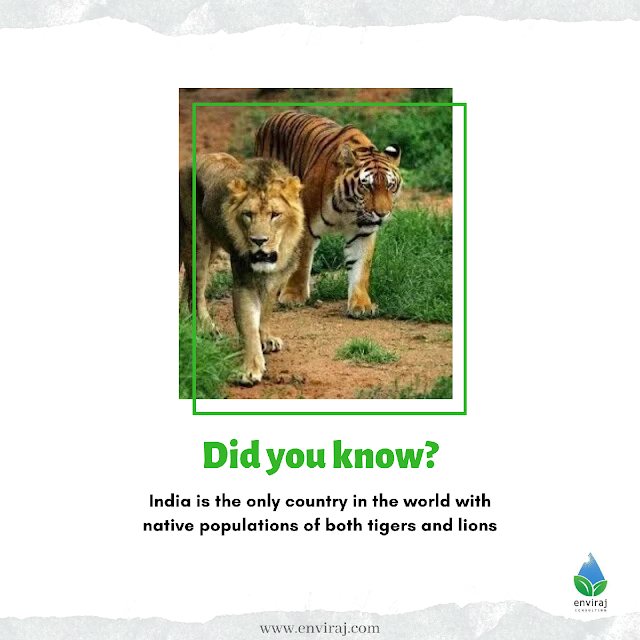 While India is the only country in the world to have Asiatic Lions, it also has indigenous populations of the Bengal Tigers. (Source: scoopwhoop) 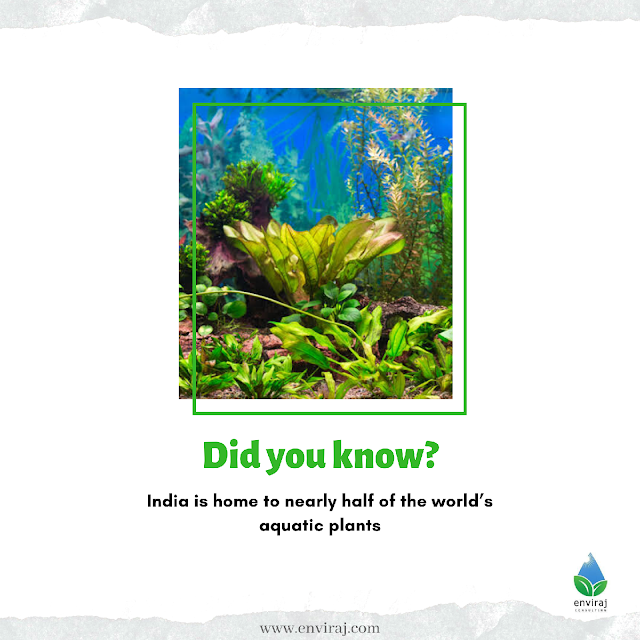 About half of the world’s aquatic angiosperms occur in India and are chiefly distributed in families such as Alismataceae, Hydrocharitaceae, Najadaceae, Nymphaeaceae, Podostemaceae, Lemnaceae, Potamogetonaceae and Ceratophyllaceae, which alone collectively comprise a total of 107 aquatic species of angiosperms. (Source: bsienvis) 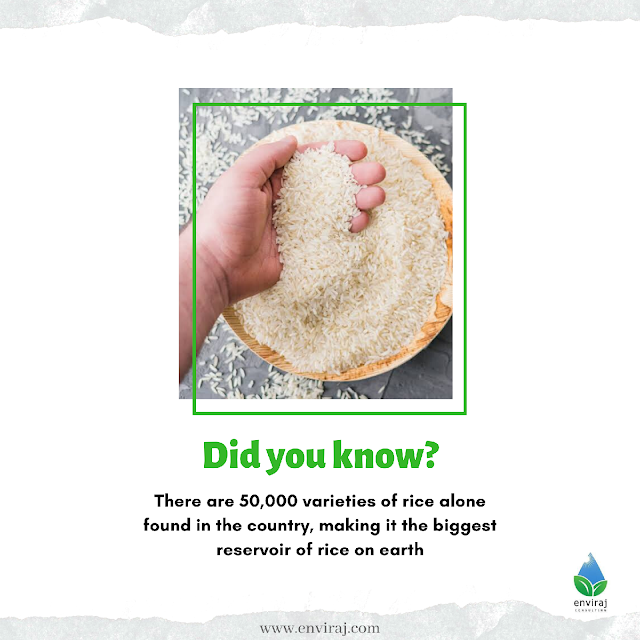 The Indian region is, in fact, one of the world's eight centres of crop plant origin. But it is the genetic diversity within each species which is even more mind-boggling. To give some examples, one species of rice has diversified into at least 50,000 distinct varieties. (Source: grain.org) 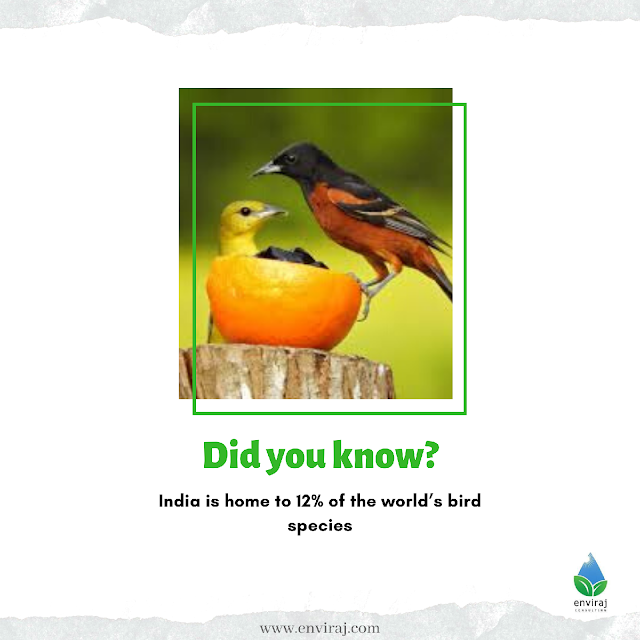 There are 1,263 species across the country. With that figure, India accounts for 12% of the total number of bird species in the world, amounting to 10,135. (Source: thehindu) 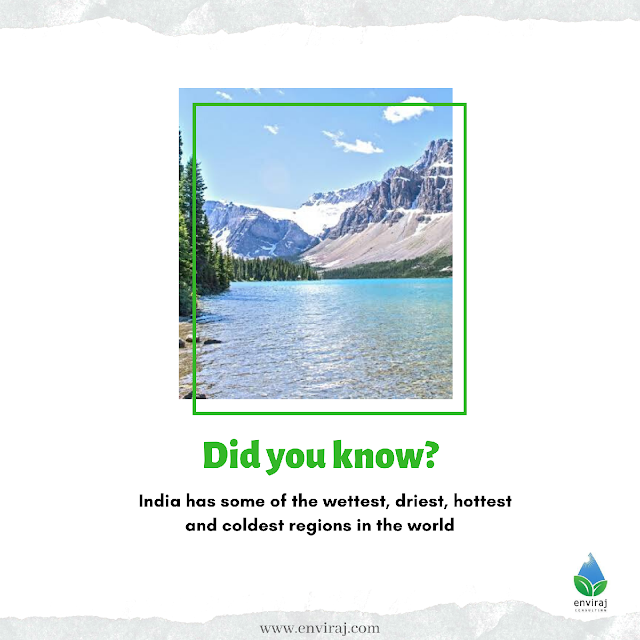 Hottest –  Phalodi town is in the buffer zone of the Thar Desert in Rajasthan holds the world record for the highest verified temperature in 2016 at 51 Degree Celsius.
Coldest – Dras, Jammu & Kashmir broke all records in January 1995, when it recorded a temperature of -60 Degree Celsius as per a BRO signboard.
Wettest – Mawsynram in Meghalaya is believed to be the wettest place on earth and had recorded a whopping 26,000 mm of rainfall in 1985 by the Guinness Book of World Records.
Driest – The town of Leh, located at an elevation of 11,500 feet is the driest place in India, receiving an average of 102 mm of rainfall annually. (Source: postoast)